Binance to Launch US Platform Soon, Helped by a Little-Known Partner 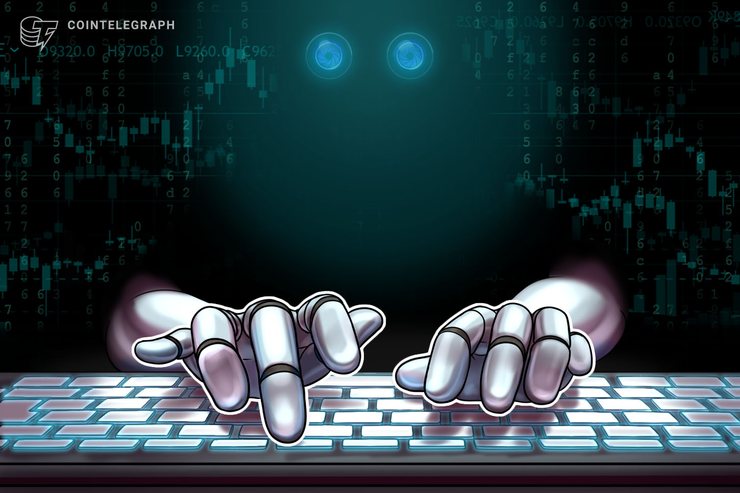 Binance is expected to launch its upcoming exchange platform in the United States by the end of the year, with the company’s executive estimating that the platform will launch within “a month or two.”

In the interview, Changpeng Zhao (aka CZ), the CEO of Binance, predicted the launch despite acknowledging that many things are still “in flux” regarding the platform’s planned operations in the U.S.

CZ noted that the U.S. has historically enacted “very clear regulations” regarding financial technology, adding his expectation that despite current “uncertainties in the regulatory space,” early adopters in the industry will likely be better rewarded. He stated:

“The U.S. has always been a very important market; globally it's one of the biggest markets for any business, including in cryptocurrency. We want to be fully compliant. Before we didn't feel we had the experience to do that but now we have our partners so we want to take this opportunity to explore the market.”

On June 14, 2019, Binance reviewed its terms of service to restrict U.S.-based individual and corporate customers from accessing its main platform, Binance.com, effective as of Sep. 12, 2019. At the time, 15% of Binance’s traffic came from customers residing in the U.S., down from 30% of traffic as of early 2018.

On the same day, Binance announced that it had begun preparations to launch an exchange to service cryptocurrency traders in the U.S. The announcement also revealed a partnership with a little-known firm called BAM Trading Services — with the partnership set to see Binance license its matching engine and wallet technologies to BAM to launch Binance US.

CZ indicated that operations of the U.S.-based platform will be “led” by BAM,” adding that the exchange will “serve the U.S. market market in full regulatory compliance.” Binance’s website quoted “a representative from BAM Trading Services,” who stated, “It is an honor to partner with Binance to launch the U.S. extension of Binance, leveraging its tier-one security and technology in tandem.”

Despite spearheading the efforts of the largest cryptocurrency exchange by volume to service in the U.S. market, very little is known about BAM. The company created a Twitter account during April 2019, the same month that Binance US started an account, with both accounts appearing to not have posted any tweets until the day before the partnership was announced — i.e., June 13.

The announcement of the partnership with Binance also came one day after the U.S. Department of the Treasury’s Financial Crimes Enforcement Network (FinCEN) certified BAM Trading Services as a Money Services Business in California. Reports have shown that the Delaware Department of State’s Division of Corporations indicates BAM Trading Services was first licensed in the state of Delaware on Feb. 4, 2019.

On July 2, 2019, BAM announced that Catherine Coley, the former head of XRP institutional liquidity at Ripple, had been appointed as the company’s CEO. So far, Coley is the only representative of BAM to have been identified by name. Coley stated:

“I am honored to lead BAM and bring Binance.US to North America. [...] This is just the beginning of a long journey ahead, and I look forward to working with Binance as a partner to unlock more potential for the blockchain ecosystem here in the U.S.”

CZ expressed his excitement regarding Coley’s appointment, stating, “Our community is very lucky to have someone as passionate, versatile, and hardworking as Coley to lead Binance.US.”

On Aug. 10, Binance announced that it had developed a “Digital Asset Risk Assessment Framework” to determine which crypto assets will be made available on the new platform. Among the specific criteria is whether listing a prospective asset will impact Binance US’s capability to comply with U.S. Anti-Money Laundering (AML)/Countering the Financing of Terrorisim (CFT) and securities laws. Prospective listings will also be evaluated on the security of transactions made using the protocol and how realistic the roadmap and aspirations of a given project are.

The exchange will also assess whether the core team behind a prospective listing has a clear strategy to solve a “real problem and make the world a better place,” in addition to examining whether the community supporting a project has “a record of reaching compromises and consensus” to move development forward, and considering whether meaningful interaction and communication is made between an assets community and its core developers. Lastly, Binance will consider if the supply and demand dynamics underpinning a market are “reasonably fair and likely to meet Binance US’s qualitative standards.”

Thirty crypto assets under consideration for Binance US

Of the approximately 160 cryptocurrencies listed on its main platform, Binance has announced that 30 crypto assets are currently under consideration to be listed on its U.S. exchange, including the top eight cryptocurrencies by market capitalization — Bitcoin (BTC), Ether (ETH), XRP, Bitcoin Cash (BCHABC), Litecoin (LTC), Binance Coin (BNB), Tether (USDT) and EOS.

Other stablecoins — such as USD Coin (USDC), TrueUSD (TUSD) and Paxos Standard Token (PAX) — may also be listed on Binance’s U.S.-based platform.

In the U.S., cryptocurrencies are regulated as commodities rather than currencies, with currencies being described as a claim to a physical legal tender of value, whereas crypto assets do not represent a claim on an issuer.

As such, commercial digital currency transactions fall under the regulatory jurisdiction of the U.S. Commodity Futures Trading Commission (CFTC). However, exchanges must register digital assets with the Securities and Exchange Commission (SEC) should they be deemed to comprise securities.

U.S.-based crypto exchanges must also adhere to the tax regulations of the U.S. Internal Revenue Service in addition to AML/CFT and transparency requirements mandated by FinCEN. Crypto companies seeking to operate in the U.S. are also regulated by the Federal Trade Commission.

Many industry leaders have cited hostile U.S. regulatory guidelines as stifling innovation and driving an increasing number of cryptocurrency companies to bar U.S.-based users from accessing their platforms.

“There’s no question that the current regulatory approach to crypto in the U.S. breeds uncertainty and could harm innovation. We have advocated for a clear, forward-looking regulatory framework so the U.S. can realize the full potential of crypto and blockchain technologies.”

At the start of June, Bittrex blocked U.S. customers from trading 32 crypto assets, with co-founder and CEO Bill Shihara describing regulatory uncertainty as “one of the biggest obstacles to advancing blockchain technology.”

Despite the regulatory hurdles faced by digital currency exchanges seeking to operate in the country, U.S.-based traders still comprise a major source of cryptocurrency trade volume.

Binance currently comprises one of the largest trading places according to adjusted volume rankings, with approximately $935 million worth of trades taking place on the platform during the past 24 hours, according to Coin360.

The partnership with BAM to launch Binance’s exchange in the U.S. appears as if it may comprise a blueprint for the company’s efforts to launch regional stablecoins.

On Aug. 19, 2019, Binance announced plans to launch “an open blockchain project” called “Venus,” described as an initiative to “develop localized stablecoins and digital assets pegged to fiat currencies across the globe.”

The company emphasized that it will seek to create “new partnerships” with “governments, corporations, technologies, and other cryptocurrency companies” to assist in the launch of stablecoins targeting both developed and emerging economies. The co-founder of Binance, Yi He, recently predicted that stablecoins will come to rival fiat currencies in the near term.

What is Dash? (DASH)

What We Know About Google Ads Allegedly Blacklisting ‘Ethereum’...

Satoshi Posers — Why So Many Takers for the Bitcoin Crown?

ConsenSys founder Joseph Lubin is responding to employee complaints about how shares...

Binance Is Pitching Its Stablecoin as a Government-Friendly...

Binance is now positioning its Venus stablecoin project as an alternative to Facebook's...

The Bank of Korea is reportedly looking to build a blockchain system for the Korean...

The State of Security Token Regulations in Asia

Some Asian countries have gone a long way toward shoring up their rules and regulations...

Facebook in Talks to Build Ecosystem for Planned Stablecoin:...

Facebook is said to be in talks with firms, including Visa and Mastercard, to support...

Tokenizing Sports — How the Industry Is Incorporating Crypto

Sports teams around the world are starting to adopt crypto projects as they see...

How to Trade Crypto On BitMEX

Data storage giant Seagate has extended its blockchain work with IBM to gauge the...