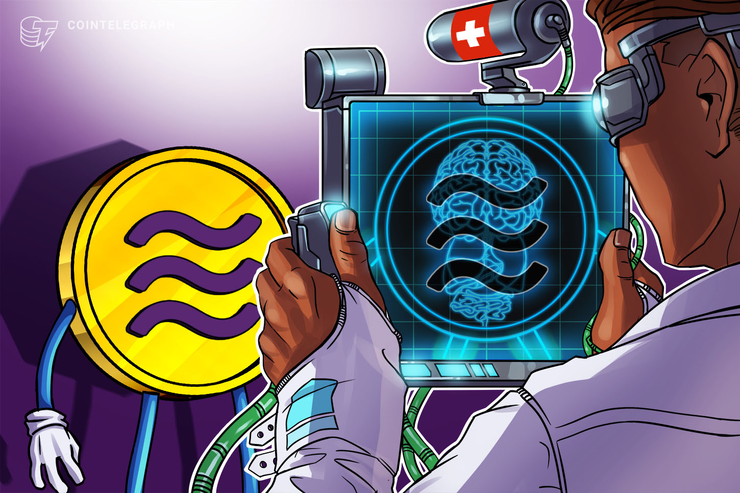 The Swiss data protection regulator is waiting for Facebook to provide it with particulars on data protection risks associated with the forthcoming Libra digital currency, Reuters reported on July 23.

The Federal Data Protection and Information Commissioner (FDPIC) — the competent authority for data processing by federal bodies and individuals in Switzerland — sent a letter to Libra Association on July 17, asking for details about Libra. The FDPIC stated:

“The Federal Data Protection and Information Commissioner has noted the remarks made by Mr. David Marcus at his hearing before a U.S. Senate committee. The FDPIC stated in his letter that as he had not received any indication on what personal data may be processed, the Libra Association should inform him of the current status of the project so that he could assess the extent to which his advisory competences and supervisory powers would apply.”

The news follows a statement from the head of communication at the FDPIC, Hugo Wyler, who said that Facebook had not contacted Swiss regulators regarding the registration of its cryptocurrency project.

At the time, Wyler said that the FDPIC expects Facebook or its promoters to provide it with concrete information when the time comes, and that the agency is following the development of Libra in the public debate.

As previously reported, Marcus assured Representative Bill Huizenga that Facebook had been in touch with the Financial Market Supervisory Authority, a Swiss financial regulator. Marcus also underlined that Facebook would not launch the Libra cryptocurrency project before they received the go-ahead from all relevant regulatory authorities.

At a hearing with the United States House of Representatives Financial Services Committee on July 17, Rep. Patrick McHenry asked Marcus why Facebook wanted to have its project based in Switzerland. Marcus responded that it was an “international place” conducive to doing business.

Why Bitcoin’s Next ‘Halving’ May Not Pump the Price Like...

A Fight Is Brewing Among QuadrigaCX Crypto Exchange’s Creditors

Bitcoin’s mining difficulty seems to be driving BTC price in 2020, but are we really...

A South Korean financial watchdog under the Financial Services Commission aims to...

One of the oldest and largest banks in South Korea has partnered with two fintech...

Bitcoin's price pullback has gathered steam in the last 24 hours, erasing a major...

On EOS Blockchain, Vote Buying Is Business as Usual

Buying votes is a big no-no in traditional democracies, but on the world’s eighth-largest...

In his first major comments on blockchain, Chinese President Xi Jinping said the...

Securitize has partnered with Overstock subsidiary tZERO as it open-sources the...

Yves Mersch has warned of the threat posed by Facebook's Libra to monetary policy...